The former Trakehnen is now situated in the Russian part of the former East Prussia and is called Yasnaya Polyana.

One year after the border opening in 1992 more than 60,000 visitors came to Kaliningrad, the former Koenigsberg, to see “Trakehnen”. For more than four decades this hadn’t been possible and the yearning was strong. There are no horses left in Yasnaya Polyana and the compounds of the former main stud farm, once rich in tradition, are threatened to fall apart after their more than 250 year long history. But the myth of the former stronghold of horse breeding still enchants horse and history aficionados alike.

It is the declared aim of the Association of friends and patrons of the former Trakehnen main stud farm to preserve two significant historic buildings. By means of contributions and membership fees alone the Association tries to save Trakehnen from falling into ruins. In accordance with the local population and the Russian authorities the cultural heritage is to be preserved. Thanks to the active support and help of many friends of Trakehnen the foundation walls could be dried and eaves and downspouts were replaced. The back of the Equerry’s house was renovated and freshly painted. Two museum rooms have been installed in the eastern wing and also the Trakehnen gate shines anew. Since the end of the 1940s a Russian school has been using the Equerry’s house. 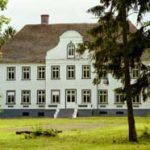 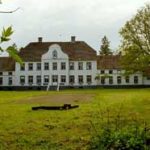 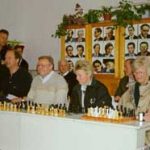 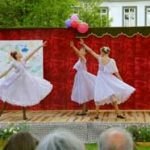