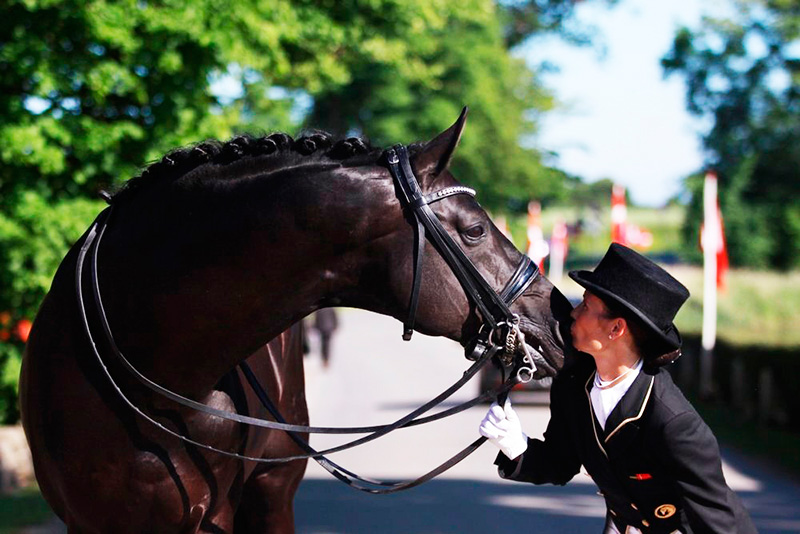 The Trakehner horse is more than just a breeding line within the German breeding area. It is a cultural treasure which the Association for the Promotion of the Trakehner (Trakehner Förderverein) is especially committed to fostering.

The objective of the non-profit association financed by donations and members’ fees includes advancing the role of Trakehners in sports. That is why the Trakehner Sport Horse Promotion Programme (Trakehner Sportpferde Förderung or TSF) has set itself the ambitious aim of placing promising young horses in top-class riders’ stables, at the right time.

And the strategy works: under Monica Theodorescu, Renaissance Fleur TSF matured to become a leader in international dressage. A tragic accident prevented participation of the horse in the Dressage World Cup 2003. Kunta Kinte, the 2003 German Champion is being prepared for a career in international eventing at Peter Thomsen and Shannon TSF has already achieved some international success in the dressage arena with Peter Koch. And these are just a few examples! The Trakehner Förderverein is more committed than other comparable institutions to informing about current events in equestrian sport. A visit to the Associaton’s homepage will provide you with a quick overview of sporting events – an allround-service for every Trakehner fan!

“… one more ticket?” Every year at the Trakehner Stallion Fair, a raffle is held, with the proceeds going to the Trakehner Förderverein. Attractive prizes can be won for just 2.50 Euro per ticket. The first prize is a foal, traditionally named after a East Prussian town or landmark.